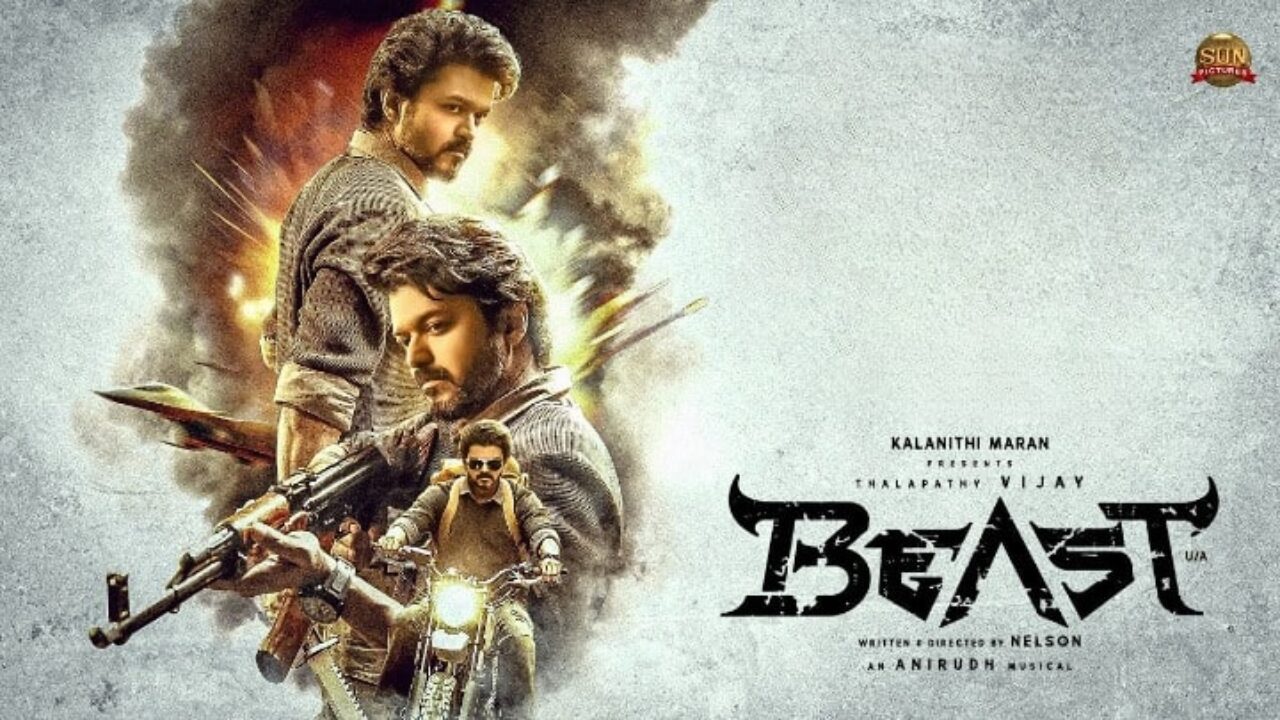 Former RAW agent Veera must face his fears when a terrorist organization holds him hostage in a mall along with other visitors and demand the release of their leader, who was captured by Veera.

After a shopping mall in Chennai had been hijacked by terrorists who held the visitors as hostages, Veera Raghavan, a spy also trapped in the mall, decides to save the hostages by eliminating the terrorists.

Following the ultra-stylish project Master with Lokesh Kanagaraj, Thalapathy Vijay has teamed up with young and dynamic filmmaker Nelson Dilipkumar for the action-comedy thriller Beast. Produced by Sun Pictures and featuring music by Anirudh, this big-budget film has definitely generated a lot of hype and is mega-ready for its premiere. Whether or not the film lived up to expectations is something that needs to be addressed.

The plot begins with Veera Raghavan (Vijay) quitting his job and moving to Chennai after one of his missions ends with the death of a civilian girl. Suffering from PTSD, he tries to distract himself by dating his girlfriend Preethi (Pooja Hegde), whose job is to keep Veera locked up in a mall where she was kidnapped by terrorists. When the government begins negotiations with the kidnappers, they are lucky enough to discover that one of their former agents was among the hostages. The rest of the story is based on how the exceptional agent Veera Raghavan (Vijay) solves the hostage situation and saves the day.

Vijay easily took on the role of Veera Raghavan thanks to his charismatic on-screen presence. Vijay proves he’s one of the best action heroes in the industry and a perfect fit for the role of a soldier. Pooja Hegde did what was asked of them. The film is Ace-directed Selvaraghavan’s acting debut, but sadly, his character does little more than glorify the protagonist. The roles of Aparna Das and Shine Tom Chacko didn’t make an impact on us. The villains of Lilliput Faruiqui and Ankur Ajit Vaikal were overwhelmed. The rest of Nelson’s regular gang attempted to provide comic relief in the tense situation, but only VTV Ganesh’s humor held up.

Nelson, who has shown his prowess in the comedy scene, failed to entertain the audience this time around. The producers made a technically perfect film but got lost in writing it. is. The one-liner didn’t fit the flow of the story. “Beast” had its flaws, but the background music and graphics by Anirudh and Manoj Paramahamsa were just as spectacular as we all expected. It also had impressive editing and sound design.