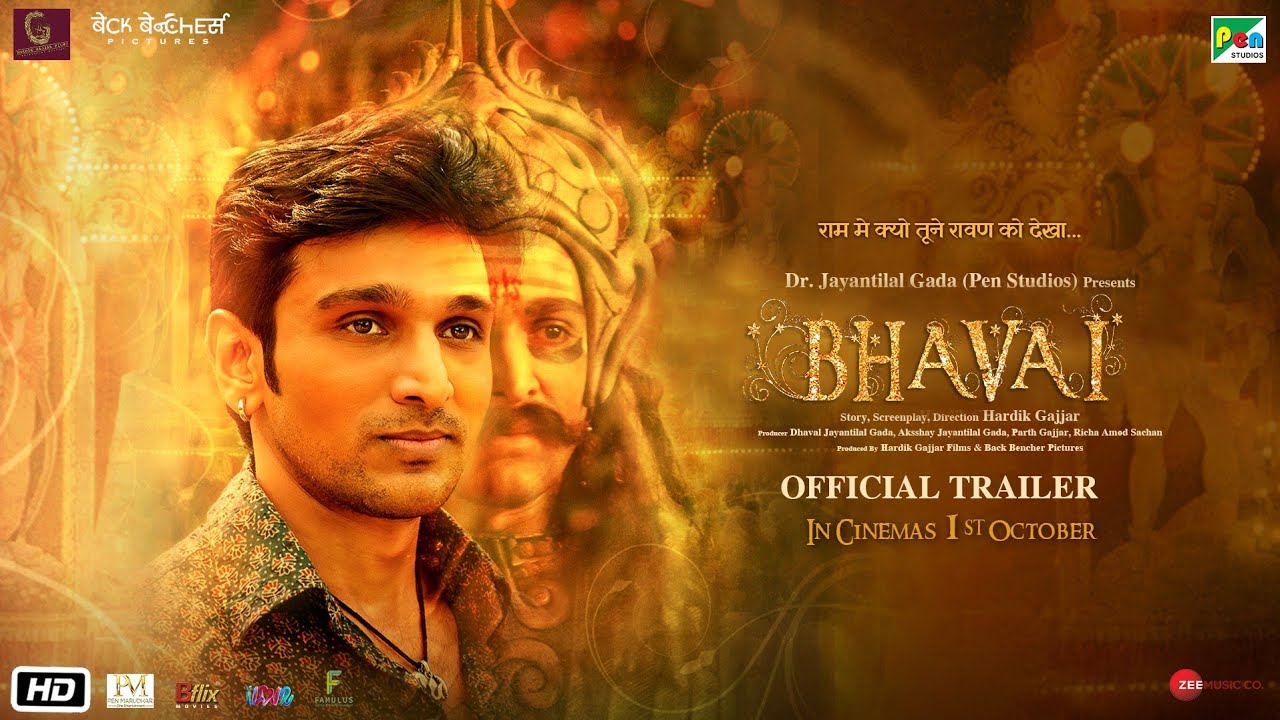 Son of Panditiji (Rajendra Gupta), Raja Ram Joshi wants to become an actor. So, when a theatre company comes to his village, Khakar, Gujarat, to stage the RamLeela, he seeks a role, any role, to begin his journey in performing arts. Initially shooed away, when Bhanvar (Abhimanyu Singh) falls sick, Raja Ram is sought out and offered to step in to play Raavan in his place. He’s drawn towards Rani (Aindrita Ray) who plays Sita on-stage and she also reciprocates later. But can there be any possibility of Sita going with Raavan in real life, even if they were merely essaying the parts on stage? That’s when politics and religion get into theatre, and thereon things quickly get difficult.

He showed his skills in the series Scam 92 and overnight became a very popular actor with both his fans and critics. Expectations are naturally high for such an actor. You won’t be disappointed here, as Bhavai, formerly titled Ravan Leela, directed by Hardik Gajjar, will test your patience, and the raw deals of Abhimanyu Singh, Rajendra Gupta, Ankur Vikal, Rajesh Sharma, and of course Gandhi.In Gujarat. Set against the backdrop of the popular folk drama ‘Babai’, Gandhi plays stage artist Rajaram Joshi and embodies the role of Ravan in a performance of Ram Leela, a traditional performance of the Ramayana.

I’ve heard of different versions of the Ramayana, but some describe the detested Ravan (learned and principled man!) as Mariyada Purushottam Lord Rama’s so-called brave, virtuous, and righteous disposition surpassing his virtues. Some even depict it as a microcosm of And while ‘Bhavai’ is about to give us a glimpse into a modern take on the highly infamous anti-hero, perhaps he’s stepping back for fear of backlash from our country’s myriad followers. .

Prior to that, the film ran into trouble with the censor board, who had serious problems with a scene in which Gandhi’s character questions the actor playing Ram about his treatment of Rahvan’s sister, Surpanaka. not only removed the dialogue, but also changed the film’s title.

On the surface, the film tries to tell a story about an ordinary Gujarati boy who dreams of becoming an actor one day. Beneath the obvious façade, however, the two-hour script plays out a narrative intended to highlight the role and impact of religion and culture on society. When a theater troupe performing Ram Leela comes to Kakar village, the whole village gets excited, but Raja Ram (Pratik Gandhi) gets the most excitement. He has a strong desire to become an actor, and begins to dream of finding the right means to display his hidden talent. The sudden emergence of a theater troupe seems like the best choice for someone like him to start an acting career.