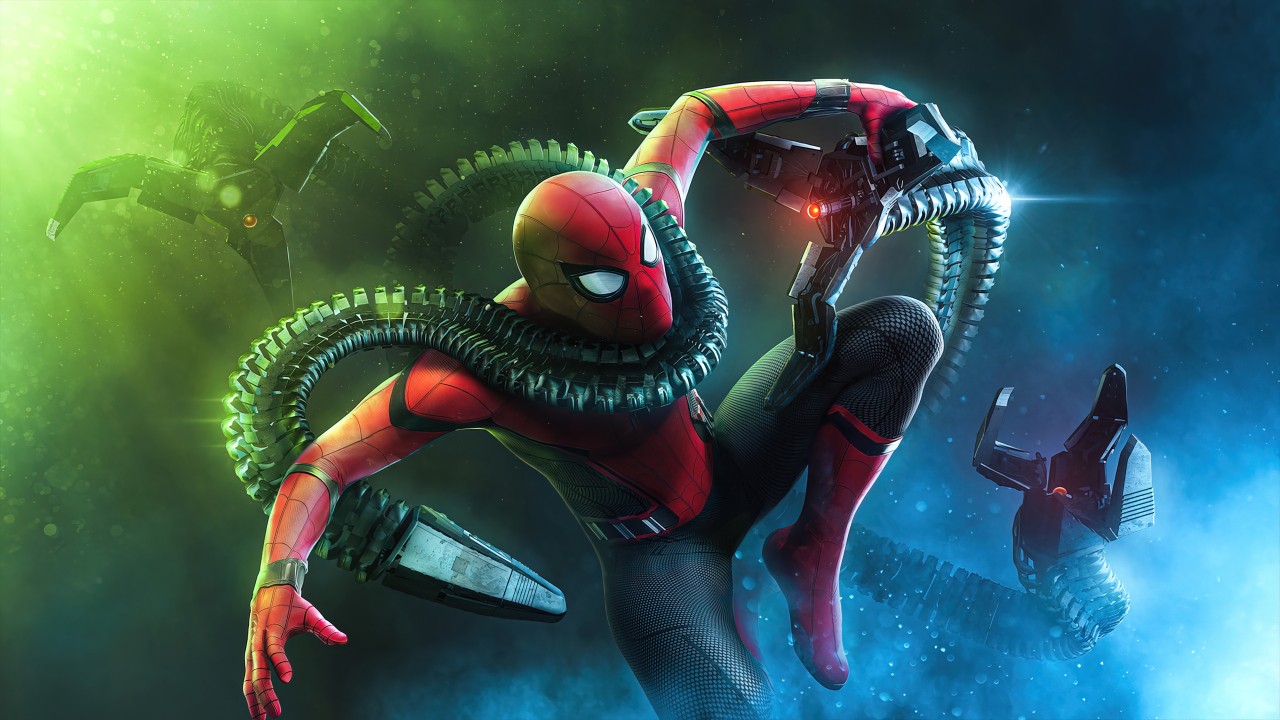 SPIDER-MAN: NO WAY HOME picks up moments after the ending of Far from Home, in which J. Jonah Jameson (J.K. Simmons) revealed Spider-Man’s secret identity to the world. This bombshell upends the lives of Peter Parker (Tom Holland), MJ (Zendaya), and Ned (Jacob Batalon), even resulting in their applications to MIT getting rejected. Peter decides to go see Doctor Strange (Benedict Cumberbatch) and ask for a spell. There is one, but it will cause everyone to forget who Peter is; it would be as if he’d never existed. While they attempt to modify the spell to exclude Peter’s loved ones, things spin out of control. Before long, supervillains from alternate universes descend upon Spider-Man’s world, and his hands are full. He’s going to need some help.

Returning to the life-changing moment for Peter Parker (Tom Holland) in Far From Home (2019), No Way Home shows why Peter’s secret is so important. Not only for him but also for his friends and loved ones. Peter turns to Doctor Strange (Benedict Cumberbatch) to try and restore him to his former state. But Peter got more than expected when a wizard used his powers to make the world forget Spider-Man’s true identity.

Technically, this isn’t Spider-Man’s first foray into the Multiverse. Into the Spider-Verse (2018) with amazing results. Still, no leaks or spoilers will spoil his No Way Home story. His third Spider-Man movie in the MCU isn’t afraid to develop emotional beats away from the visually spectacular action. This also happens with large set pieces, and director Jon Watts uses them to focus on the heavy or light subject matter, depending on the situation. Even if this sacrifices movie run time, it usually works. Some sections of No Way Home are beyond welcome, but generally well received.

That’s a credit to the ensemble cast, both familiar and new to this universe. Alfred Molina and Willem Dafoe are back, and Otto Octavius ​​and Norman Osborn are back, not just in the Spider-Man movies, but in the superheroes. It highlights why it’s considered the most sincere yet menacing antagonist in the entire genre.

The bold, ambitious script also redeems Jamie Foxx’s Max Dillon/Electro. But Tom Holland’s Peter Parker faces his biggest and darkest challenges in this film, and the actor embraces them wholeheartedly. Holland stands out from herself while simultaneously making the rest of the cast stand out.

It’s easy to follow the movies alone, but knowing the previous Spider-Man movies only enriches this immersive experience.No Way Home is arguably the most popular Spider-Man movie of all time. This celebration of your friendly neighborhood Avenger cements the web-slinger as one of Marvel’s most beloved superheroes.